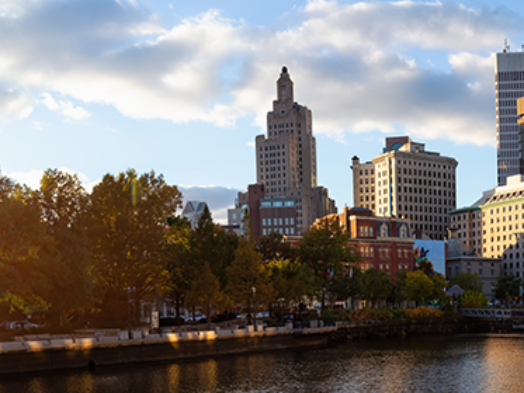 Check your local library for your city/town directories, which typically include street listings, person listings, and business listings and display ads.

Located on the 5th floor of the Providence City Hall, the City Archives house an extensive collection of manuscripts, printed material, maps, blueprints, and photographic images that span the period from the colony’s founding in 1636 to the present.

A non-profit organization established in 1956 in response to the proposed demolition of a number of 18th- and early 19th-century houses in the College Hill neighborhood of Providence. Maintains a collection of city plans and resources back to the 1960s and resources to research Providence buildings and house histories.

This agency maintains permanent records related to births, deaths, marriages, and civil unions for the 39 cities and towns in Rhode Island.

The state-wide history organization in Rhode Island. Its research center contains an expansive collection of manuscripts, printed books and pamphlets, photographs, newspapers and more. Access to the research center is free for Rhode Island residents.

More than 1,700 newspapers have been published in Rhode Island! Check your local library for access to your local newspapers.

Website that provides fully searchable access to digitized U.S. newspapers for free to anyone via the Library of Congress.

A full list of all newspapers published in the United States since 1690. Shows which papers covered a particular location and time period.